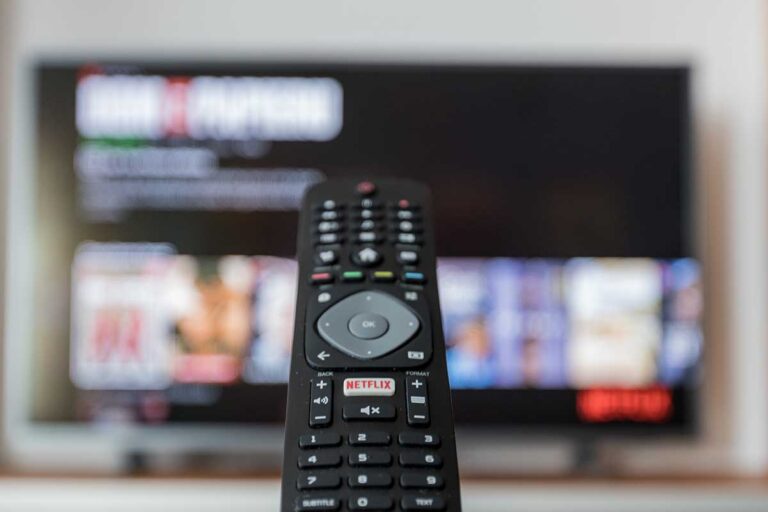 We live in a world saturated by entertainment choices.

The top ten movie trailer channels on YouTube have accumulated 30 billion views. The streaming landscape is growing and fragmenting with more than 200 platforms available globally. There is no shortage of content, awareness of that content is at an all time high and screens to watch that content on have never been more ubiquitous.

So why is it so hard to decide what to watch? To begin to answer it we need to talk about jam.

“On one day, shoppers at an upscale food market saw a display table with 24 varieties of gourmet jam. Those who sampled the spreads received a coupon for $1 off any jam. On another day, shoppers saw a similar table, except that only six varieties of the jam were on display. The large display attracted more interest than the small one. But when the time came to purchase, people who saw the large display were one-tenth as likely to buy as people who saw the small display”

This finding is  supported in numerous other studies that show not only does excessive choice produce choice paralysis but it also reduces satisfaction with the decision made, even if it was a good one.

If people struggle to choose more when the choice jumps from six flavours to 24 then consider the entertainment industry. There are over 5,000 titles on Netflix UK and nearly 20k titles on Prime Video.

These are just two of the more than 200 streaming platforms available globally, not including terrestrial and cable channels. Individuals in the US have, on average, access to 4.8 different streaming services. According  to one study, the more services a person has access to, the more likely they are to feel they are missing out. 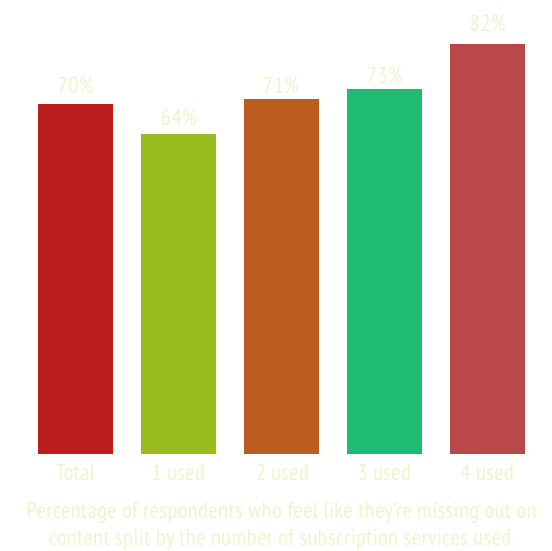 Further, there is the problem of frequency; most of us make entertainment choices much more often than we buy jam.

And then, for a significant portion of the population, this recurring decision point needs to factor in more than one person, with separate tastes, in different moods. In other words it’s harder to choose when it’s not just you watching it.

Content has never been more abundant, choice has never been greater. Yet according to our research, anecdotal evidence and the frequency of references in popular culture the continuous, frustrating scrolling searching for something to watch is nearly ubiquitous. So much so that Netflix has recently introduced both a ‘shuffle’ function, as though a vaguely randomised algorithm is a better solution, and is now launching a linear channel in France for testing.

Choice is a problem. We started developing WatchLister because we needed a tractor beam to pull us out of the Netflix black hole.

We’d found other products with watchlists but they always seemed to be a bolt on to the main functions of whatever else that app does. Watch lists are other people’s side hustle and to do it well it needs to be the main hustle.

We intend to use this blog to communicate to our users, and others, why we’re developing WatchLister and the thinking that drives our strategy. This will be all of the stuff that we can’t fit into an elevator pitch and it will be a place for those people who are curious about the difference between where we are now edging past MVP into closed beta, where we intend to be and how we intend to get there.